The negrito peoples in the world 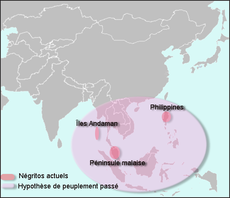 The Negritos live in three disctinct geographical areas of Southeast Asia, the Philippines, the Malay Peninsula and the Andaman Islands.

The Negrito populations come from the first modern humans that arrived to this region of the world between 50.000 and 80.000 years ago.

They are traditionally hunter-gatherers, although they are now changing their lifestyle due to acculturation from Austronesian populations. 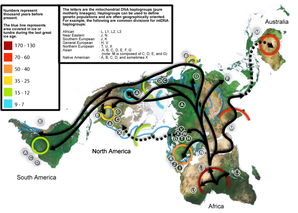 Map of early human migrations based on genetic evidence.

Numbers are the millenia before the present. 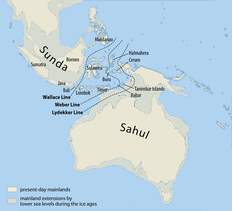 The map shows the situation of current Southeast Asia and Oceania during the last Ice age.

Therefore, it was possible by then to walk from Vietnam to Indonesia and probably to the Philippines.

THE ARRIVAL OF THE NEGRITO TO THE PHILIPPINES 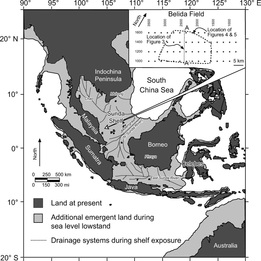 Genetic evidence suggests that the Negrito may have arrived to the Philippines in two separate migrations.

One, probably from Sundaland via Palawan Island (top left Borneo corner) to the western part of the Philippines.

The other, probably along the the southern coast of Sundaland eastward, or elsewhere from Wallacea northward to Mindanao (top right Borneo corner)


THe arrival of austronesians
Powered by